Pump Chemicals Safely With an AODP

UK based manufacturer of speciality chemicals has reduced its pump maintenance time from half a day to less than half an hour, using a 'one nut', polypropylene Air Operated Double Diaphragm Pump from Flotronic.

The 500 series Polypropylene pump was chosen to replace an existing diaphragm pump, from another supplier, which proved cumbersome to maintain in the event of a breakdown. They are now able to change a failed diaphragm in less than twenty minutes, simply by removing a single nut - therefore achieving major savings through reduced downtime.

To manufacture its range of speciality proteins, the company needed a 1.5 inch pump that could handle aggressive chemicals. As the company's processes typically involve the pumping of hydrochloric acid, caustic soda in tandem with liquid flavourings - safety was a major consideration.

"The safe, Air Operated Double Diaphragm design was a major attraction of the one-nut pump,"

"In the event of a diaphragm rupture, a single diaphragm design can pump out aggressive liquids, via the exhaust system. The design of the 500 series prevents this risk of contamination, by containing the liquid inside the pump." 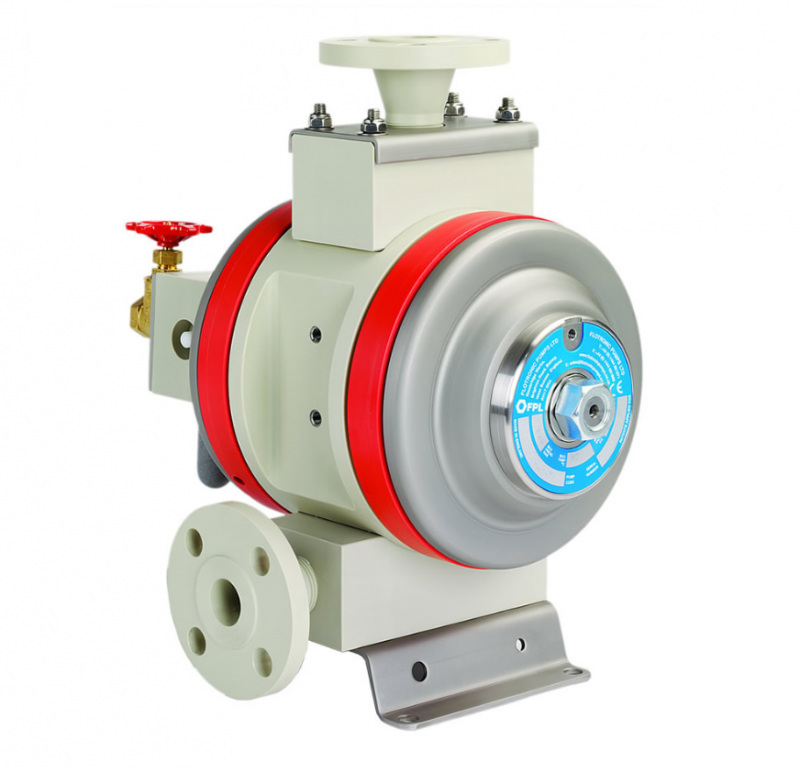 We’re here to answer your questions every step of the way.
Contact Us

Meat & poultry, pharmaceuticals and much more – Unibloc is made to fit a variety of industries and applications.
View Industries